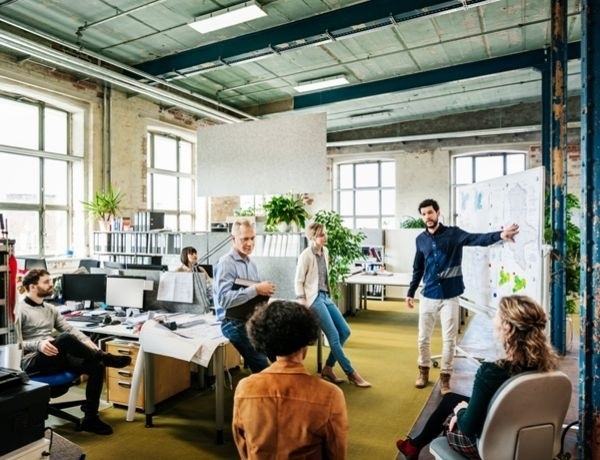 The Markets (third quarter through September 30, 2019)

The third quarter was full of ups and downs for stocks, much like the second quarter. Stock values moved in response to the rhetoric from the participants in the trade war between the United States and China. The Federal Reserve lowered interest rates two times during the quarter. More new jobs were added, but at a reduced rate, while wage growth continued. Manufacturing and industrial production remain muted, influenced, in part, by the waning global economy. Nevertheless, consumers were undaunted by economic developments, spending at a steady rate throughout the quarter.

July kicked off the third quarter in a somewhat lackluster manner, as the benchmark indexes listed here posted gains over June's respective closing values. The Nasdaq gained over 2.0% for the month, followed by the S&P 500, which rose 1.31%. The Dow and Russell 2000 inched ahead by less than one percent, while the Global Dow dipped by almost half a percent. The Federal Open Market Committee reduced short-term interest rates 25 basis points, which sent stocks reeling. However, strong corporate earnings reports, low unemployment, and higher wages helped ease investors' concerns by the end of the month.

August started with President Trump's threat to impose additional tariffs on Chinese imports, which sent stocks plummeting. Throughout the month, each of the benchmark indexes listed here continued to lose value. Even a final-week push couldn't save stocks from posting month-over-month losses. The small caps of the Russell 2000 were hit particularly hard, falling over 5.0% in August. The Global Dow lost almost 3.5%, and the tech-heavy Nasdaq dropped more than 2.5%. The large caps of the Dow and S&P 500 also fell close to 2.0%. Oil and gas prices at the pump fell in August, while long-term bond yields plunged as prices soared.

September saw each of the benchmark indexes listed here post solid gains, led by the Global Dow, which rode a solid close to the month on encouraging economic data from China. The Russell 2000 climbed almost 2.0% ahead of its August closing total, while both the Dow and S&P 500 exceeded their respective August closing marks by respectable amounts. The Nasdaq gained about half a percent on the month. The Federal Open Market Committee once again lowered interest rates 25 basis points in September following July's 25-basis-point cut (the FOMC did not meet in August). By the close of trading on September 30, the price of crude oil (WTI) was $54.37 per barrel, down from the August 30 price of $55.16 per barrel. The national average retail regular gasoline price was $2.654 per gallon on September 23, up from the August 26 selling price of $2.574 but $0.190 lower than a year ago. The price of gold dropped by the end of September, falling to $1,479.30 by close of business on the 30th, off from $1,529.20 at the end of August.

For the third quarter, large caps performed better than small caps. The Dow and the S&P 500 each finished 1.19% above their respective second-quarter closing values. The tech stocks of the Nasdaq broke about even for the quarter, while the Russell 2000 and the Global Dow lost value. For the quarter, the price of crude oil (WTI) was $3.79 per barrel lower than its June 28 price. Gold closed the third quarter $66.00 higher than its second-quarter closing price. And the national average retail regular gasoline price, at $2.654 per gallon on September 23, did not change from its average price at the end of the second quarter.

Chart reflects price changes, not total return. Because it does not include dividends or splits, it should not be used to benchmark performance of specific investments.

Eye on the Month Ahead

Economic growth has slowed so far this year, as lagging export orders have quelled manufacturing output. Wages continued to grow, while consumers ratcheted up their spending. The fourth quarter will likely ride the ebb and flow of economic and world events, not the least of which is the ongoing trade war between the world's two economic giants: China and the United States.

Data sources: Economic: Based on data from U.S. Bureau of Labor Statistics (unemployment, inflation); U.S. Department of Commerce (GDP, corporate profits, retail sales, housing); S&P/Case-Shiller 20-City Composite Index (home prices); Institute for Supply Management (manufacturing/services). Performance: Based on data reported in WSJ Market Data Center (indexes); U.S. Treasury (Treasury yields); U.S. Energy Information Administration/Bloomberg.com Market Data (oil spot price, WTI Cushing, OK); www.goldprice.org (spot gold/silver); Oanda/FX Street (currency exchange rates). News items are based on reports from multiple commonly available international news sources (i.e. wire services) and are independently verified when necessary with secondary sources such as government agencies, corporate press releases, or trade organizations. All information is based on sources deemed reliable, but no warranty or guarantee is made as to its accuracy or completeness. Neither the information nor any opinion expressed herein constitutes a solicitation for the purchase or sale of any securities, and should not be relied on as financial advice. Past performance is no guarantee of future results. All investing involves risk, including the potential loss of principal, and there can be no guarantee that any investing strategy will be successful.

Broadridge Investor Communication Solutions, Inc. does not provide investment, tax, or legal advice. The information presented here is not specific to any individual's personal circumstances.

To the extent that this material concerns tax matters, it is not intended or written to be used, and cannot be used, by a taxpayer for the purpose of avoiding penalties that may be imposed by law. Each taxpayer should seek independent advice from a tax professional based on his or her individual circumstances.